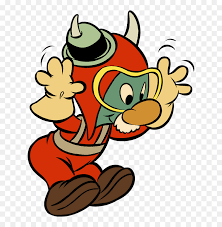 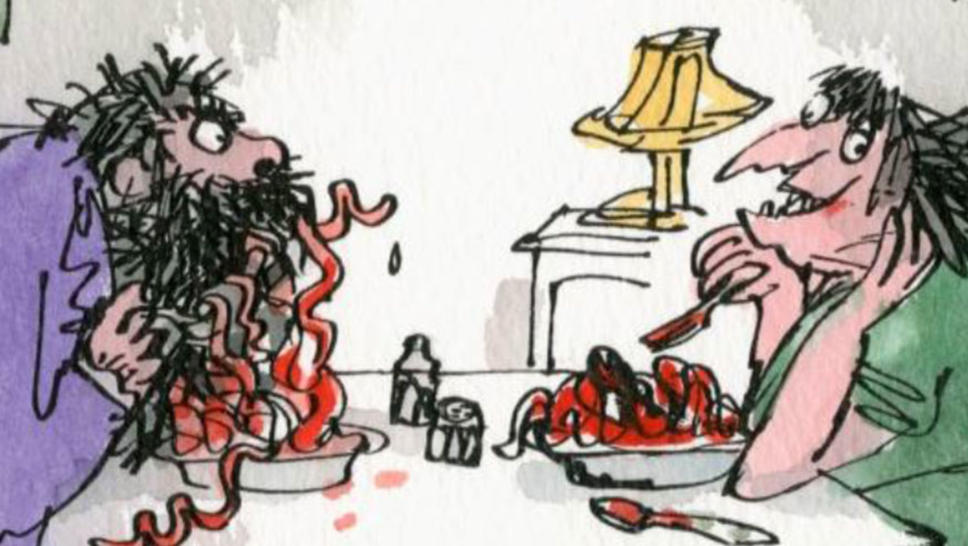 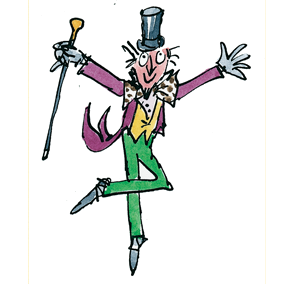 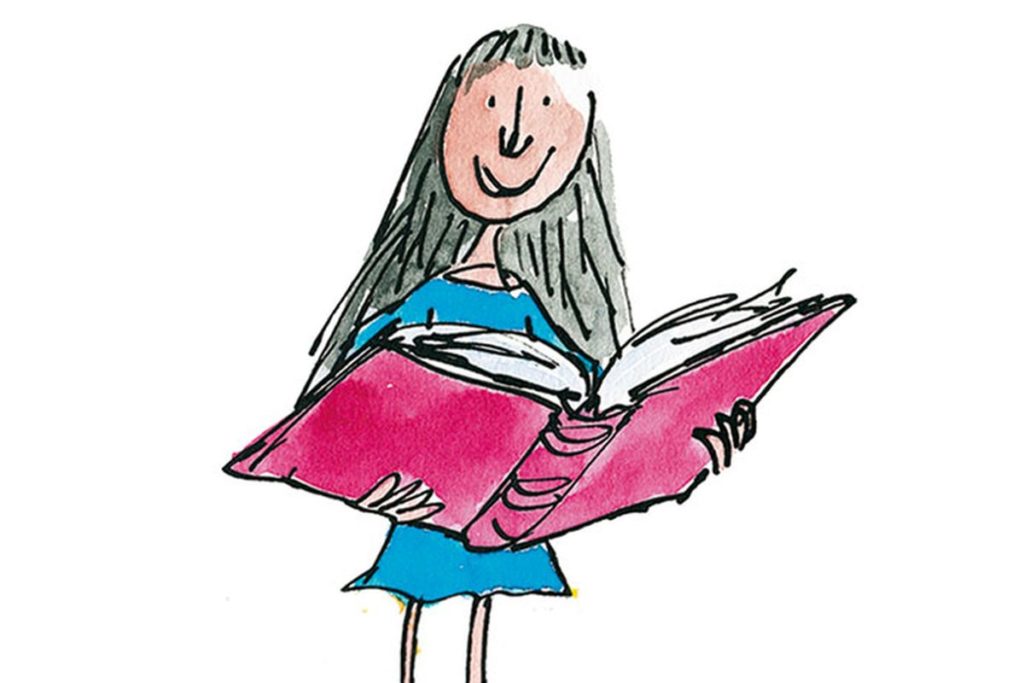 Who is Roald Dahl (1916-1990) ? This wonderful British novelist is best known for his short stories ‘The BFG’, ‘Matilda’, ‘Charlie and the Chocolate Factory’ and many more. Even nowadays, Roald Dahl is clearly a litterature model. September 13th (the day he was born) is even Roald Dahl Day. For some  was the world’s best storyteller – his books have sold more than 250 million worldwide. Roald Dahl wasn’t just a short-story writer and poet though, he was also a wartime fighter pilot, chocolate historian and a medical inventor. Fantasy at its best…

Whether children’s fictions or any other fictions (novels, screenplays), was there a real Roald Dahl’s writing style ?

I’m most familiar with his children’s literature, so I’ll speak to that. I’m less familiar with his other works, although as a huge James Bond fan must note that he did write the screenplay for You Only Live Twice, which may be one of the best films in the franchise. But in terms of his children’s books, it’s hard to pin down a style. Structurally, they often read as a series of vignettes, such that they could be as long or as short as he wanted to make them. So, James and the Giant Peach, Charlie and the Chocolate Factory, Charlie and the Great Glass Elevator, these all are constructed as a sequence of happenings, loosely connected, but all entertaining. I think this is great for children. You can jump in, read a bit, have some fun, and put it down and get back to it whenever. I think for children that’s a bonus.

As a Royal Air Force fighter pilot in WW2, Roald Dahl heard of the Gremlins, often invoked by the crew members as an explanation of mechanical troubles. ‘The Gremlins’ (1943) is his first children’s book. Was it a funny way to talk about the war to the children ?

I’m not sure that one could really say that it talks about war to children. It’s not obvious propaganda like much of Disney’s work at the time, and the war setting is almost incidental to it. War is the background reality of the time so it’d make sense for that to be the backdrop, but it’s kind of just a silly adventure of Gremlins, their hijinks, and dealing with them. If he wrote a tale today I’m sure there’d be people in masks, but that’s not to say it’d be about Covid, it’d just be recognizing the conditions of the world in which the children who will read the book are in.

Roald Dahl also wrote macabre adult short stories (Some of them were adapted in ‘Alfred Hitchcock Presents » TV series). Did Dahl want to surprise the readers and even himself ?

His children’s stories are pretty macabre as well. The children are usually the victims of abuse, or at least neglect. Often they are threatened with bodily harm if not death. And suffering is a perpetual theme. His stories are rough, they are brutal. But I think that’s the charm of Dahl, and why his stories both resonate but are also exemplary as good children’s literature. They don’t paint a fantastical world of sunshine and roses. They paint a world most children know, one of struggle and disappointment, but where a determined, spirited individual can persevere and even excel. Consider, James, Matilda, Charlie, Danny….

Is nonsense a real motto in Roald Dahl’s fantasy?

Nonsense may be a bit of a misnomer. If it were truly nonsensical, it wouldn’t make sense or be relevant at all to our lives. It’d be like so many non-sequitur, Tik Tok videos. The

nonsense in Dahl is actually more about silliness, what is unexpected, or what pushes reality to the limit, but in so doing it helps us understand reality better, as both flexible but also manageable. If his characters were truly surrounded by non-sense how would we relate to them and their struggles, and so how could we learn about our lives and our world from them? I think non-sense then is both about seeing reality as malleable, and our responses as infinite, as well as a proper perspective on things, namely, that not everything, in fact very few things, are deadly serious, so have a bit of fun.

Though Roald Dahl was a very talented novelist, he was criticized for racism & misogyny. Does his work a more tolerant space ?

I think we need to be wary of judging artistic works of the past by standards of the present, and of uncharitable readings colored by current sentimentalities. For example, just because the witches were women doesn’t mean it’s misogynist. Women can be villains.

That’s not sexism. It is important of course to become more aware and sensitive to issues of inclusion, and in this regard, discussion of troublesome themes or depictions is educational and instructive. But in general, I think the desire to re-read and critique past thinkers or artists in terms of contemporary standards demonstrates an incredible arrogance about our own time’s brilliance or sensitivity as though unlike past thinkers we weren’t also children of our own time, or are somehow omniscient and infallible. Can we recognize that there may be troublesome themes or attitudes expressed in Dahl’s writings? Sure. But keep in mind we’re reading it from our perspective, from our time, and I’m sure we’ve got some things terribly wrong as well. So let’s operate from a bit of epistemic humility and recognize the value in what he did. Don’t focus solely and emphatically only on the negative. Like philosophers of the past, or anyone for that matter, they, as children of their time may express views antithetical to even our most deeply held beliefs today, but that’s not to say that some of their ideas don’t hold some value, some merit, and some continued relevance. Aristotle spoke favorably of slavery and noted that some people are natural born slaves. Yet, his body of work can’t be dismissed because he advocated such a view over 2000 years ago. There’s too much still worth reading in him, and his impact to great. We need to remember. Simply put, Dahl speaks to us all. He speaks to independence, and daring. He speaks to perseverance, and friendship. He teaches about empathy. Regardless, of any problematic ideas one may find, these are common, laudable themes throughout his work. Even if he was, as we all are, a flawed human, that doesn’t mean we can’t garner these messages from his work and live them in our lives.

In Roald Dahl’s children’s books, what do the adults symbolize ?

Often the adults aren’t good characters. They seem to symbolize obstacles or threats. They stifle children and their adventurous spirits. They are mundane, authoritarian, and brutal. The children are lively and playful.

An example of a good adult would be the grandmother in the Witches. She cares for the boy, she nurtures his education and his sense of adventure, she helps him grow but also helps him accept the harsh realities of the world, without letting that dampen or crush his spirit. The Wormwoods in Matilda exemplify the bad adult: stupid, arrogant, harsh bullies. They despise what is different, and because they are insecure, small and petty they lash out at what is special, or promising, namely, Matilda. But the grandmother in the Witches, she loves her grandson for what he is and helps him be the best he can be, even with his limitations as mouse. She makes a space where he can develop and grow, but in a safe and structured environment. That’s being a good parent, care giver, or adult.

Gluttony seems to be a terrible sin in Roald Dahl’s work (Mathilda, Willy Wonka & the chocolate factory, Fantastic Mr Fox, the BFG). Was it a kind of prevention for the children against excessive deeds ?

I think moderation has always been envisioned as a virtue, at least since Aristotle. Being overly desirous is problematic. It puts you at odds with others. Scarcity is the rule on this planet. There are limited resources, so whenever you try to claim the largest share for yourself you’re doing so at the expense of others. The farmers hoard resources so Mr. Fox and others must steal to survive (sort of). Augustus Gloop can’t control his appetite, and that leads to problems, but that’s true of all of us. If we can’t control our appetites, we end up unhealthy or harming important relationships. How many problems in our lives could be avoided if we could simply manage our desires, moderate our wants, and consider the needs of others in addition to our own? Gluttony is a vice because it harms ourselves and our relationships to others. So much of Dahl’s stories are about developing proper characters, dispositions, and so are virtue ethical. And these are lessons it is good for children to hear, and important for them to take seriously.

Though he is « much older than we think », Is Willy Wonka a man who has never grown up?

He is a grown up, in the sense of being a mature, responsible adult. But he’s also fun,

curious, and adventurous. Yet he’s not infantile. He runs a factory, legacy plans for its continued success, cares for his employees (although the status of the Oompa Loompas is dubious and morally questionable), and so is clearly a functional adult. But he’s different from the stereotypical adult in Dahl’s stories because he’s not authoritarian (kind of), he’s not cruel, and he doesn’t take things too seriously, that is, so seriously that he fails to experience the joy of life.

Is ‘Fantastic Mr Fox’ more than a adaptation of Reynard the Fox ?

‘Fantastic Mr. Fox’ is a great story. It’s fun, and I think there’s good stuff in there about greed and distributive justice. But mostly it’s just great fun. Dahl wrote it for this purpose. Was he familiar with Reynard? I don’t know. But it’s not like he plagiarized in any way, nor does it detract from my appreciation of his work to know that in the medieval period there were tales of a trickster fox circulating around Europe. The work stands on its own. I think if we focus too narrowly on originality or what have you we miss something. The artist creates to share an experience with us. If they do so in a genuine and authentic way, and we have a meaningful engagement with their work, then all’s well. So whether or not it’s an adaptation of Reynard the Fox, I don’t think that affects my evaluation of it, or the enjoyment it brings.

Is ‘George’s Marvelous Medicine’ a wish of more fantasy in science ?

It may be more of just simple, childish wish fulfillment. “If I could just make a potion that solved all these issues,” one might think.  But your point is well taken. Fantasy is needed in science very much so. Although the scientific method is rooted firmly in reality and empirical verification, the possibilities of science, seeing beyond what is to what could be is very much a necessary part of the enterprise. It’s not just discovery but invention.

To you, why is Roald Dahl’s work still successful today ?

Like Dr. Seuss, whom I’m also quite fond of, the works are universally applicable since they speak to general, probably essential, truths about being human, and being a human child. They deal with pain and suffering. They deal with insecurity and fear. But they also speak to strength and ingenuity. These are experiences humans will have so long as they are human, and character traits that will be valuable so long as humans are human. As fantastical, Dahl’s stories are not tied to any particular time frame, culture, or other limiting factor. So they will remain accessible and relevant since they speak to what we at root are as people, regardless of where or when we are. Just as Aristotle’s Nicomachean Ethics or Plato’s Apology will forever speak to us so will the works of Roald Dahl.