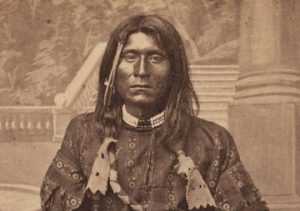 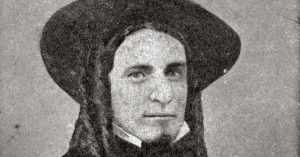 An American genocide: The United States and the California Indian Catastrophe

Between 1846 and 1873, California’s Indian population plunged from perhaps 150,000 to 30,000.  Diseases and starvation caused many of these deaths, but the near-annihilation of the California Indians was not the unavoidable result of two civilizations coming into contact for the first time. To Benjamin Madley, Professor of History at UCLA, it was genocide, sanctioned and facilitated by California officials.

Interview with Benjamin Madley, the first historian who describes the full extent of the slaughter.

The term of genocide was coined in 1944. Why can you call acts of the American Army that carried out a number of massacres and forced relocations of Indigenous peoples during the mid 19th century a constitude genocide?

The 1948 United Nations Convention on the Prevention and Punishment of the Crime of Genocide defined genocide as ‘acts committed with intent to destroy, in whole or in part, a national, ethnical, racial or religious group, as such,’ including:

(a) Killing members of the group;

(b) Causing serious bodily or mental harm to members of the group;

(c) Deliberately inflicting on the group conditions of life calculated to bring about its physical destruction in whole or in part;

(d) Imposing measures intended to prevent births within the group;

(e) Forcibly transferring children of the group to another group.

The Genocide Convention thus provides an internationally recognized and rather restrictive rubric for evaluating possible instances of genocide. First, perpetrators must demonstrate ‘intent to destroy’ a group ‘as such.’ Second, they must commit at least one of the five genocidal acts against one of the four protected groups.

The Genocide Convention does not allow for the prosecution of crimes committed before 1948, but it is a

powerful analytical tool: a rubric for evaluating and comparing disparate events across time and space. Genocide is a new word for an ancient crime. Indeed, Raphaël Lemkin—who coined the term genocide—wrote two manuscripts addressing instances of genocide in epochs ranging from ‘Antiquity’ to ‘Modern Times.’ Lemkin also intended to write chapters on ‘Genocide against American Indians’ and ‘The Indians in North America (in part)’ but died before he could complete either project.

In California, United States Army soldiers committed many of the genocidal acts described in the U.N. Genocide Convention while officers sometimes clearly expressed genocidal intent in both word and in deed.

What were the relations between the Native Americans & the settlers in California before 1846?

.
.
.
While forced labor and violence against California Indians were common in California before the invasion by the United States, Mexican rule before 1846 were comparatively less violent than the period that began with the U.S. invasion.

Are there any similarities between mass killings in North American and colonial genocides in Africa, Australia & South America?

.
.
.
In general, there is a discernible pattern to colonial genocides of Indigenous people by colonizers. The pattern divides into three phases. Colonists initiate the first by invasion. Economic and political frictions then develop between the two groups as they struggle for limited resources and political power. Unable to compete with the invaders’ technology, arms, and wealth, the Indigenous people often find their economy fundamentally threatened and basic political rights denied under the settler regime. Aboriginal people begin the second phase by resisting colonizers and attacking the colonizers’ property in an attempt to regain access to economic resources, reclaim lost land, protect political rights, exact revenge, or simply survive in a world turned upside down. Colonists and their government then retaliate, but cannot quickly defeat the indigenous peoples’ guerilla insurgency. Out of frustration and expediency, the invaders choose a “final solution” to the military conflict. During and after the genocidal military campaign, the colonizers initiate the final phase by incarcerating Indigenous people. In these reservations, colonial governments continue genocidal policy though a varying combination of malnutrition, insufficient protection from the elements, inadequate medical care, overwork, unsanitary conditions, and violence.

The principal occupation of the paramilitary troops seem to have been killed Indians & kidnap their children. Did some civilians take part of it too?

The state of California established a state-sponsored militia system that, when deployed against California Indians, had a devastating impact. Between 1850 and 1861, 3,414 men enrolled in twenty-four California state militia expeditions and killed at least 1,342 California Indians. Yet, their impact transcended these numbers. Militiamen served as a well-publicized state endorsement of Indian killing, communicating an unofficial grant of legal impunity to Indian killers while inspiring vigilantes to kill at least 6,460 California Indians between 1846 and 1873.

Who was Ben Wright?

killer. » He participated in multiple killing campaigns against the Modoc Indian people of northeastern California and southern Oregon during the 1850s. In one instance, Wright murdered a wounded Modoc woman. In another, he led a group of men who lured Modoc people to a supposed peace conference and then massacred dozens of Modoc diplomats.

Were there any links between gold rush & genocide in California?

The book: ‘An American genocide: the United States and the California Indian Catastrophe‘